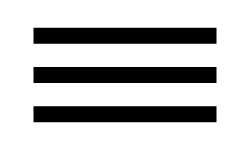 I’ve been DJing and promoting club nights for more than two decades. Here is a rundown of my current pursuits alongside some info on past projects.

When I moved to Berlin I developed the ACID GOLD project. It was a way for me to give an identity to the style of music I'm most drawn to. I started out DJing under the name, before deciding it made more sense as a label for the project. The style of music it focuses on is what I like to call DiscoPunk – a cross between the sharp edge of post-punk and the glamorous beat of disco. For now, I release regular DJs mixes under this banner and in the future, I'll be releasing re-edits and remixes.

Here is my most recent mix:

...and here is a classic set that is representative of the style

For more mixes check out Soundcloud and to keep up to date with other news hit up Facebook.

I've worked as a party DJ under my own name for most of my career. I started out DJing eclectic sets in Lavery's Bar, Belfast back in 2002, and I've been a resident there ever since. Bored by rigid genres, instead of playing just techno I played electro, disco, punk, house, indie, hip-hop, pop and everything in between. Now I DJ at the Beat Connection night, regularly playing in the Ballroom to around 1,000 people.

From here, I started to DJ some friend's weddings and birthday parties and then corporate functions.

As a party DJ, I try to ride up to the borderline of cheese and spin stuff that is fun and accessible but not too saccharine, and then throw in some curveballs to keep it interesting.

For party bookings hit me up at [email protected]

THIS MUST BE THE PLACE

This is a new nomadic club night that I recently launched. It's an outlet for the DiscoPunk style of music that I love. It features ACID GOLD as a resident, plus DJs who play a similar style of music. You can follow it Facebook.

I launched the Gigantic club night in 2005 and ran it every Friday for 11 years. The music policy was a wild combination of indie, electronica, hip-hop and hits. It was one of the longest-running and most successful club nights in the country. The main thing that made the night so special was the dedicated crowd of regulars – they had the best requests and the best dance moves. I kept the night going for a few years after I first moved to Berlin, eventually bringing it to an end in 2016.

I also ran a Gigantic Music blog alongside the club. It was pretty popular at the time. You can check out some iterations of the blog on the Wayback Machine here and here.

HOW IT ALL STARTED

My debut DJ set was at Vico's when I was just 17 years old. I was the special guest at a club night called Paul's Boutique. I wasn't even old enough to be in the club.

I got my first residency way back in 1997 when I was 18 years old, playing techno at Pete Donaldson's club night Contents in Vico's. At the time I thought it was completely normal for an 18-year-old kid to be playing hardcore techno to a room packed with sweaty, pilled-up ravers. In hindsight, it wasn't.

After my residency at Vicos, I went on to start my own club night and have carried on promoting events ever since. I also started DJing at different places as a special guest, and I'm still at it all these years later.